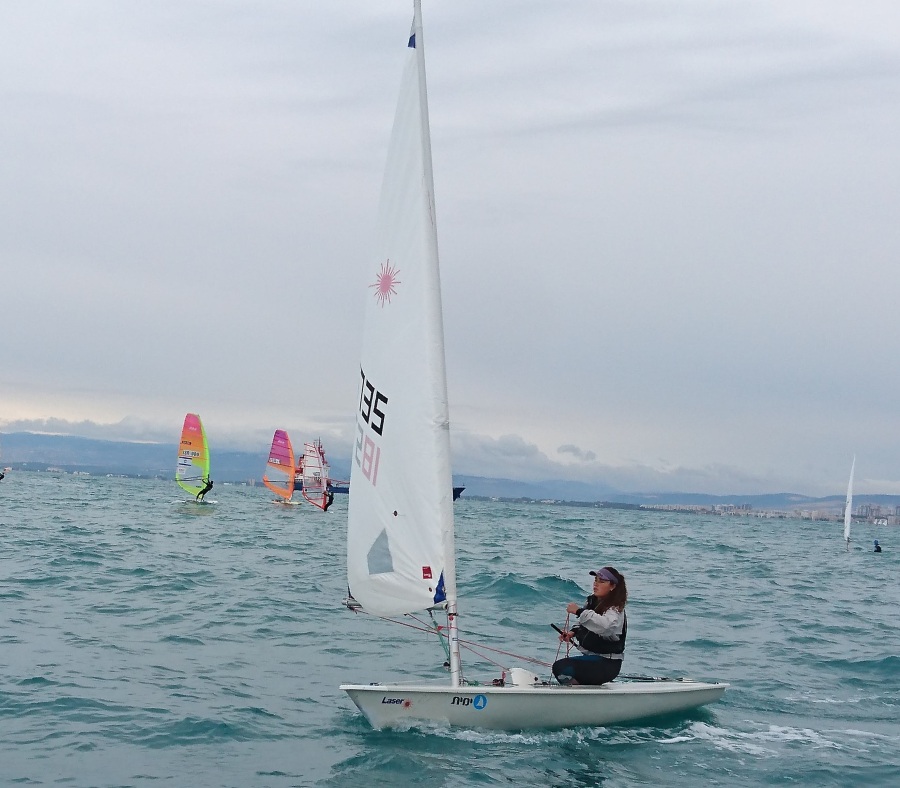 Over the past few weeks I have been involved with the coaching development of a very talented and exciting sailor new to the Laser Radial class, Rimon Shushan is a former 470 crew who campaigned for Rio 2016 and was very successful in her 470 career with some top ten results and youth worlds medals.

Over the past few years as a part of my role in Toplevel Sailing I have been consulting the clubs management and coaches, we also ran a few coaches seminars which Rimon took part of to help boost the coaches abilities and the clubs results with great success.

Rimon’s decision to try out the Laser radial is backed up by her club Hapoel Tel-Aviv who used to be the leading club in Israel and after a few years of decline is now building its way back to the top, The club has a history and legacy of Olympic sailors and have been sending members to race at the Olympic games consecutively since 1976.

During our training I was lucky to work alongside with the club officials who have a history of success in sailing development, Yehuda Maayan The clubs president is the former chairman of the Israeli sailing federation and was the leading spirit behind the Israeli success in the women 470 class. Now he is interested to develop the Laser Radial as well and repeat that success.

During our training Rimon showed great abilities in feeling the boat and was able to learn new techniques very quickly, within a very short time she was already in national level racing pace and during a local regatta managed to compete near the top in very challenging conditions, Rimon also showed good abilities in observing and making good tactical plans and take good tactical calls.

Off course I need to thank the clubs manager Sagi Triffman who gave us all the support we needed, and the rest of the clubs coaches who made this time fun and exciting.

We still have a lot of work a head of us to achieve Olympic qualification, and I sure hope we will have the opportunity to do so